How To Quickly Organize Project Assets in After Effects 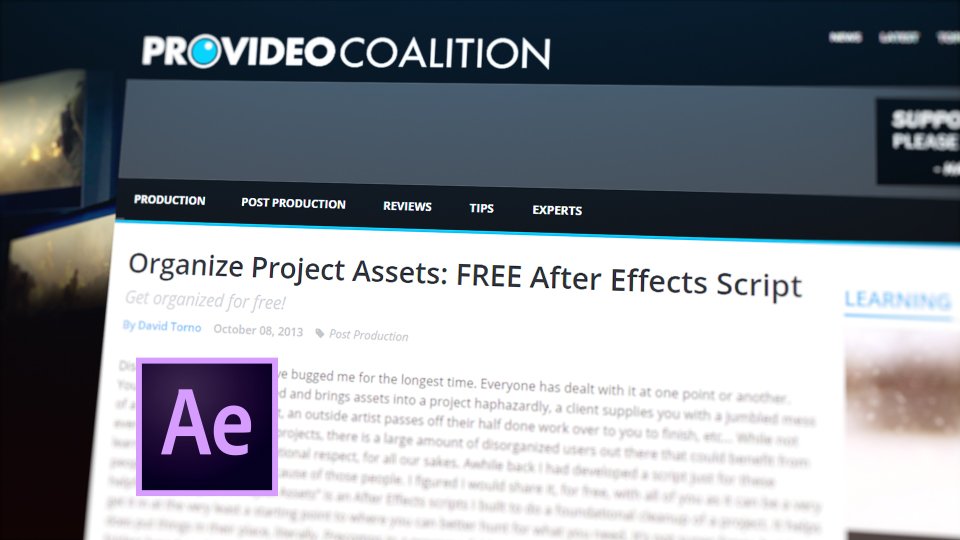 In this post, I will show you how to quickly organize project assets in After Effects with a free script. 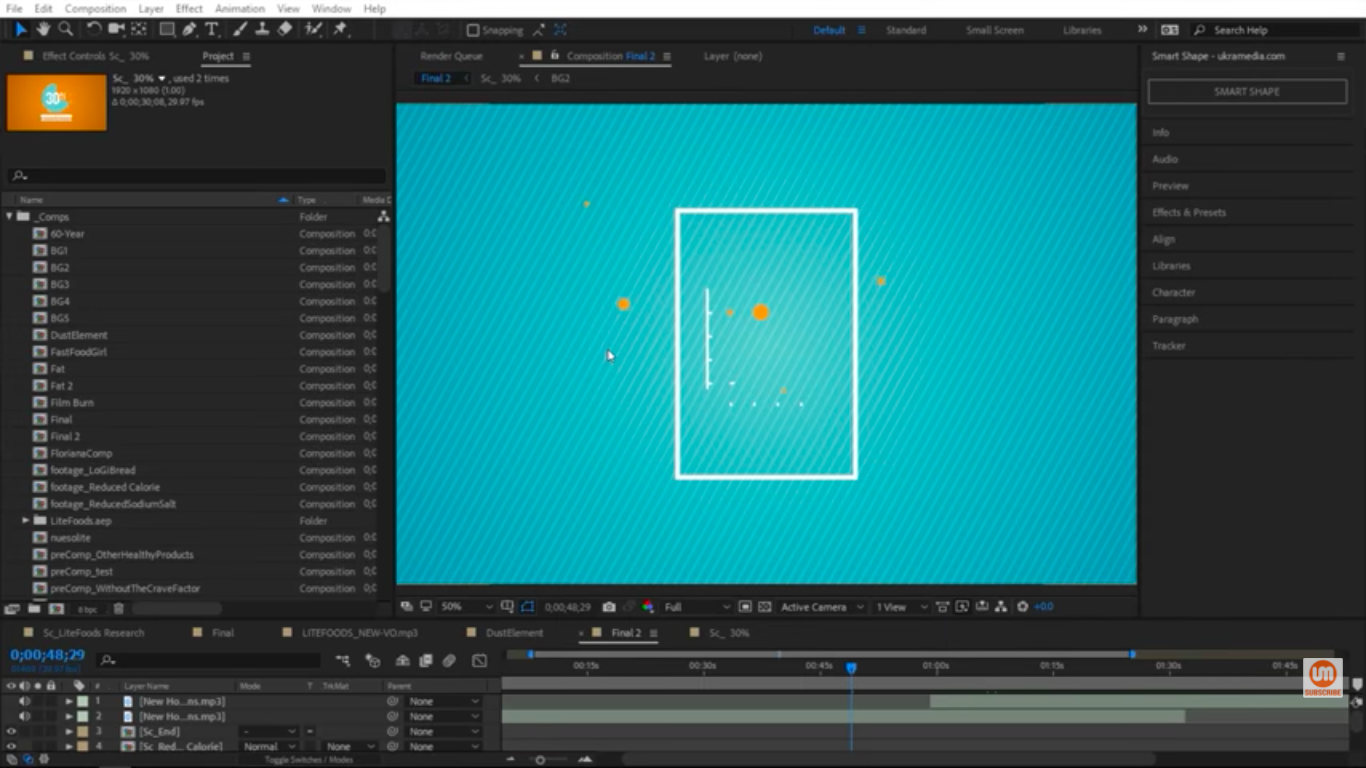 Alright, so we are in After Effects and for this example, I have one of my old projects from several years ago. I dirtied it up a little bit and made it a bit messy. As you can see, this project is very cluttered.

We have all dealt with messy projects. You know the pain. Cluttered projects waste time.

So let me show you the quickest way you can clean things up in After Effects.

We are going to use a free script from ProVideoCoalition.com. It is a great website full of a lot of useful information. Go ahead and download the script from their website:

To run the script, you will have to go to File – Scripts – Run Script File and then find your script. 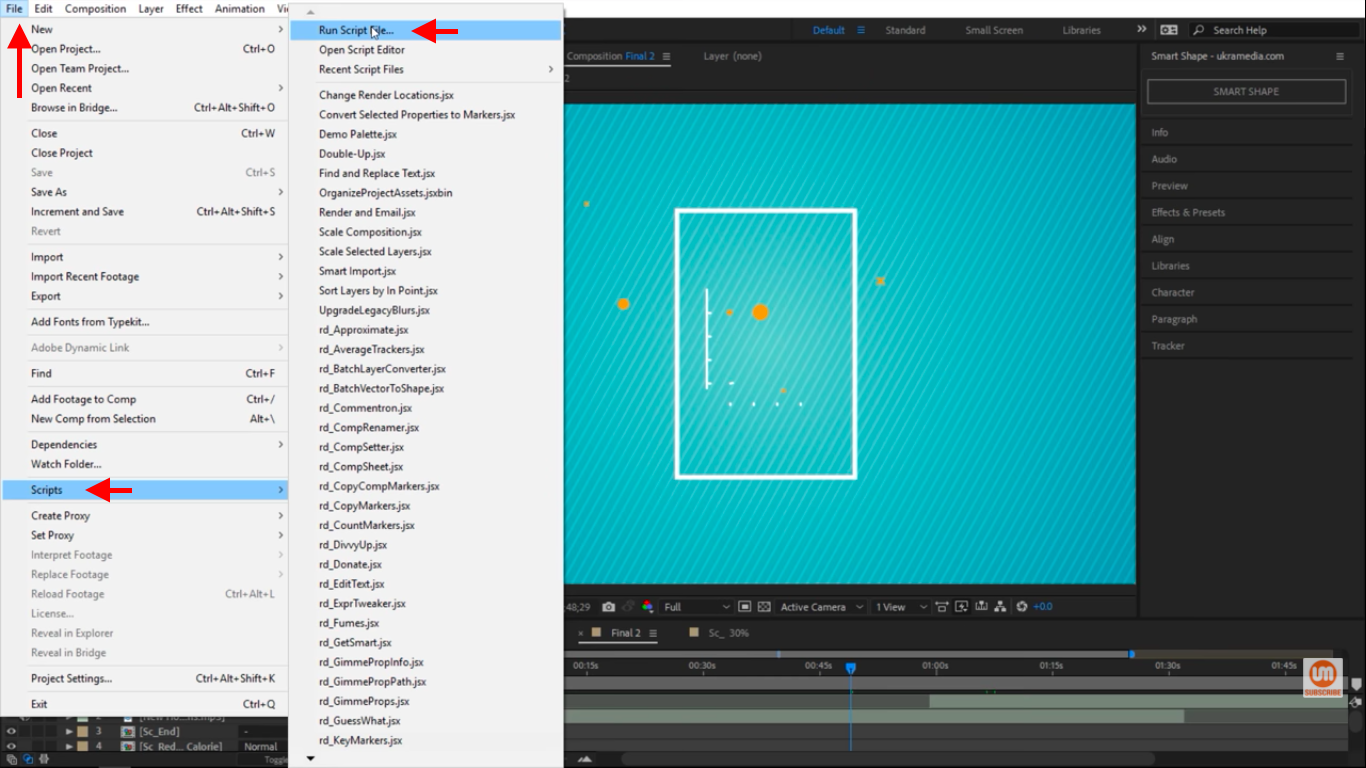 I already installed it in my scripts folder in After Effects, so the script is already listed in Scripts as OrganizeProjectAssets.jsxbin. 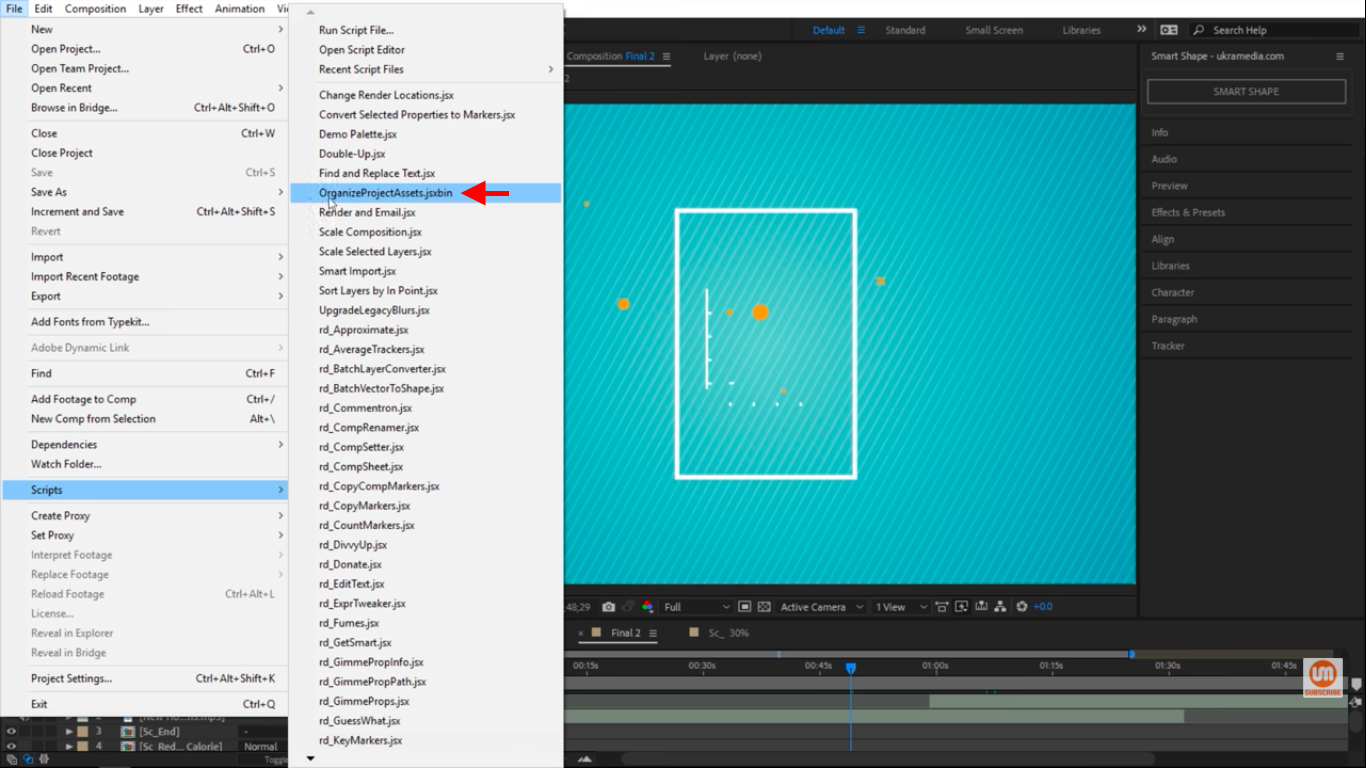 I am going to click on the script and what happens next is pure magic.

You will see a progress bar. Press Close when you see All done! 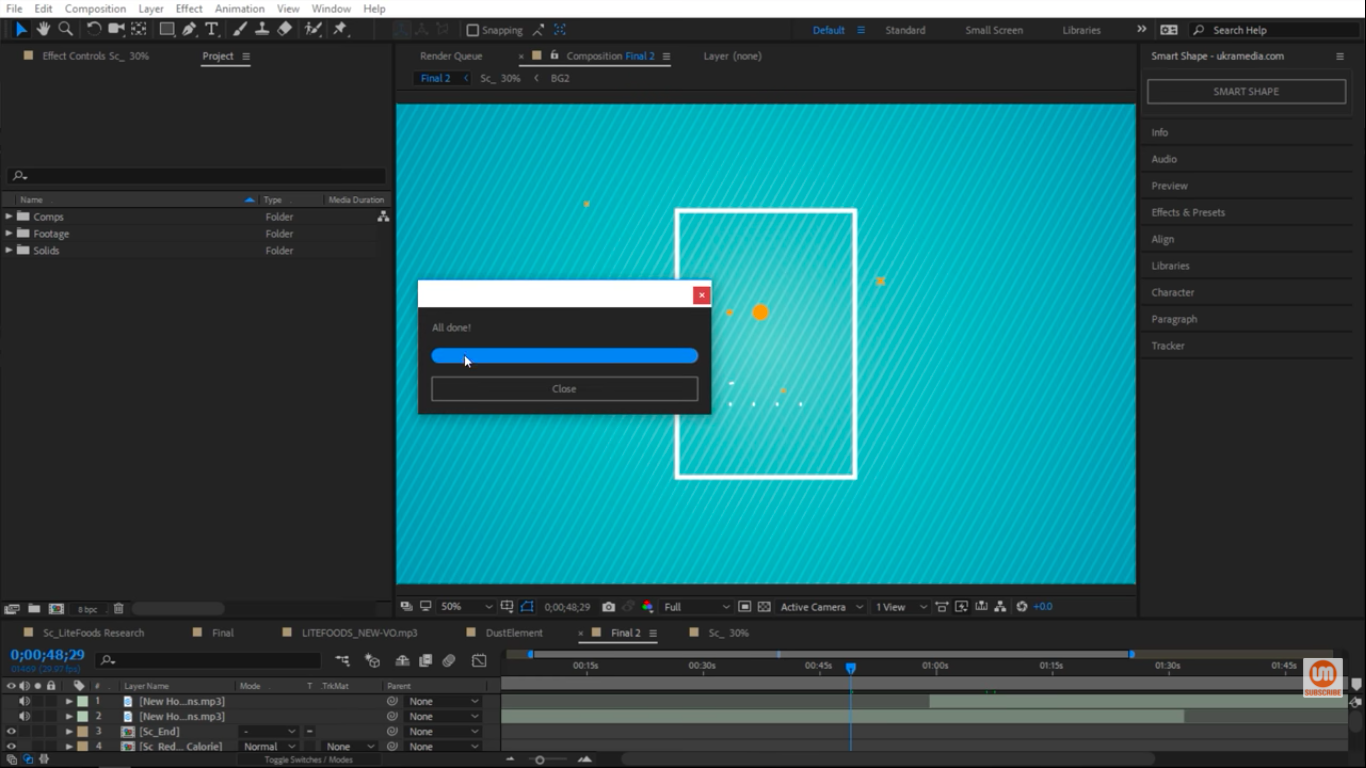 Now, look how clean everything is. 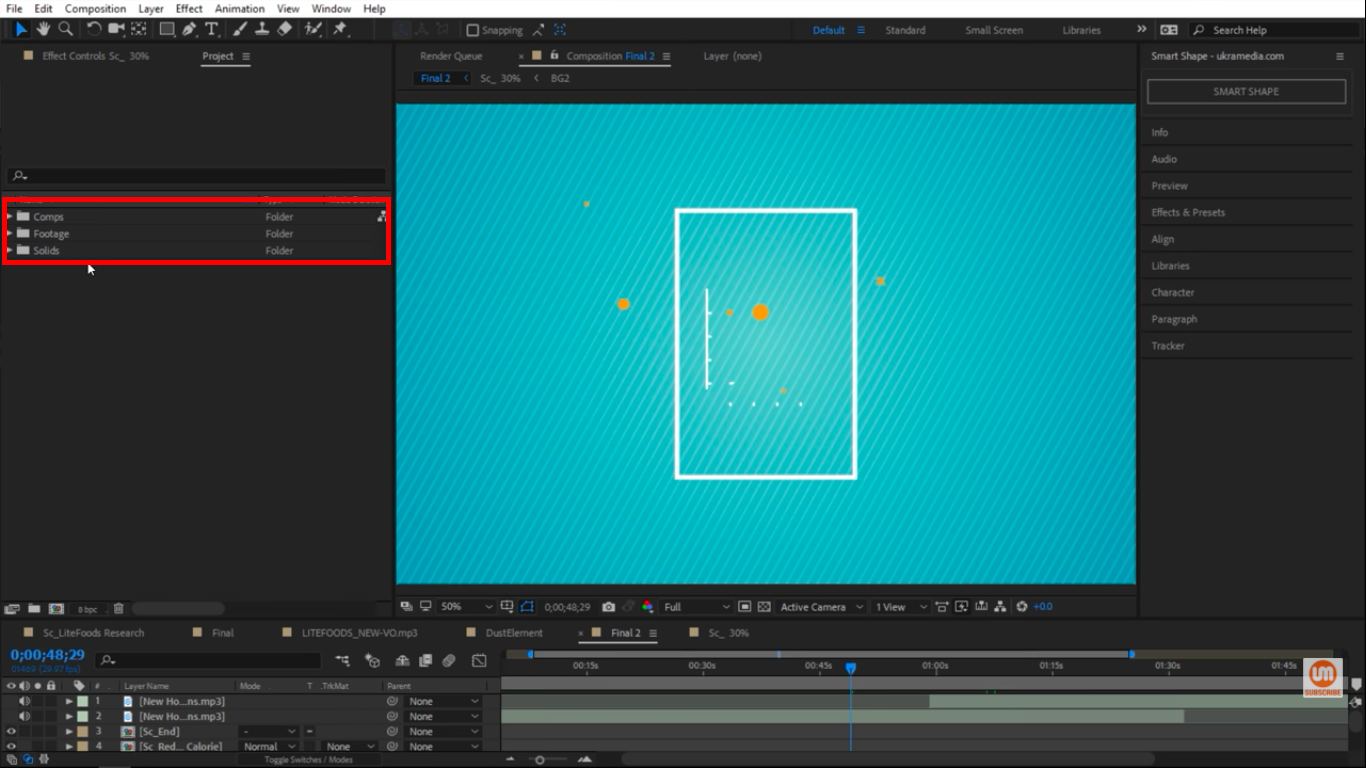 We now have three folders (Comps, Footage and Solids).

Lets go inside the Comps folder 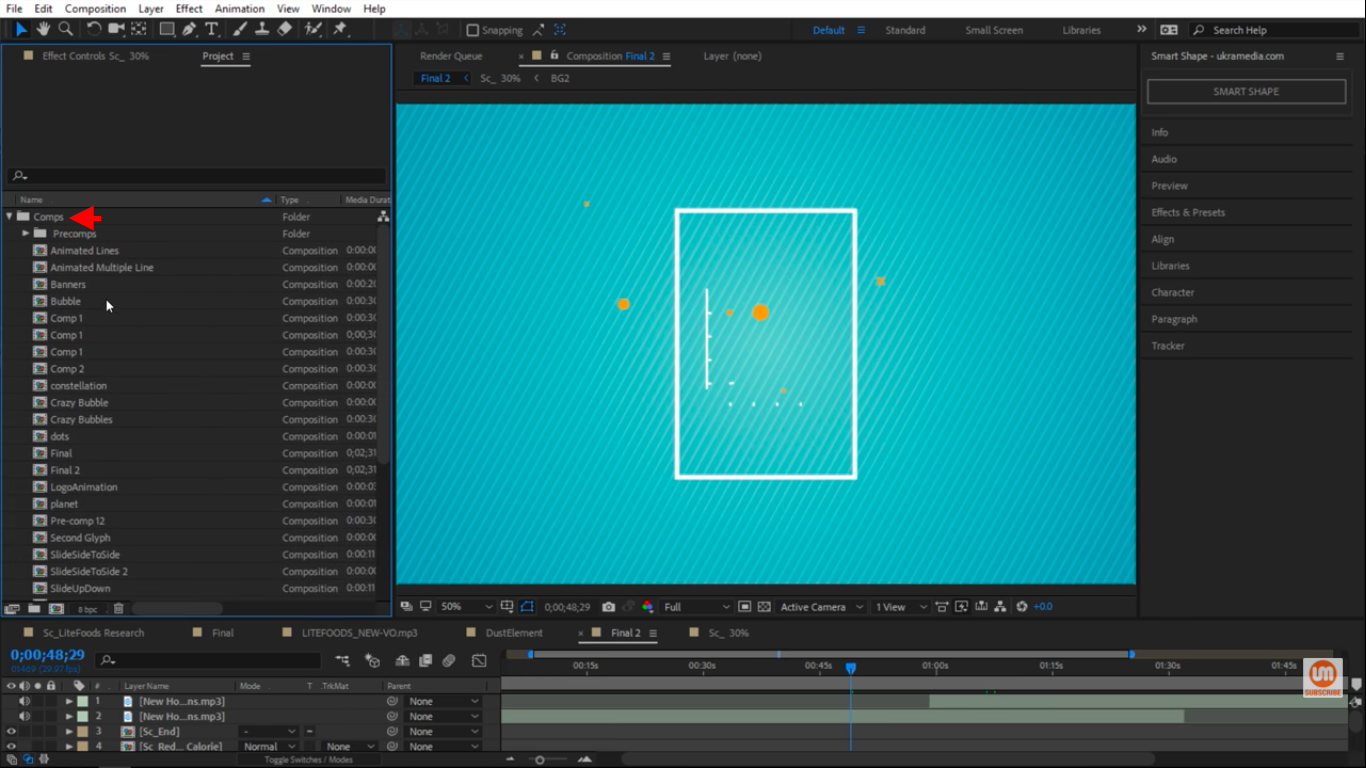 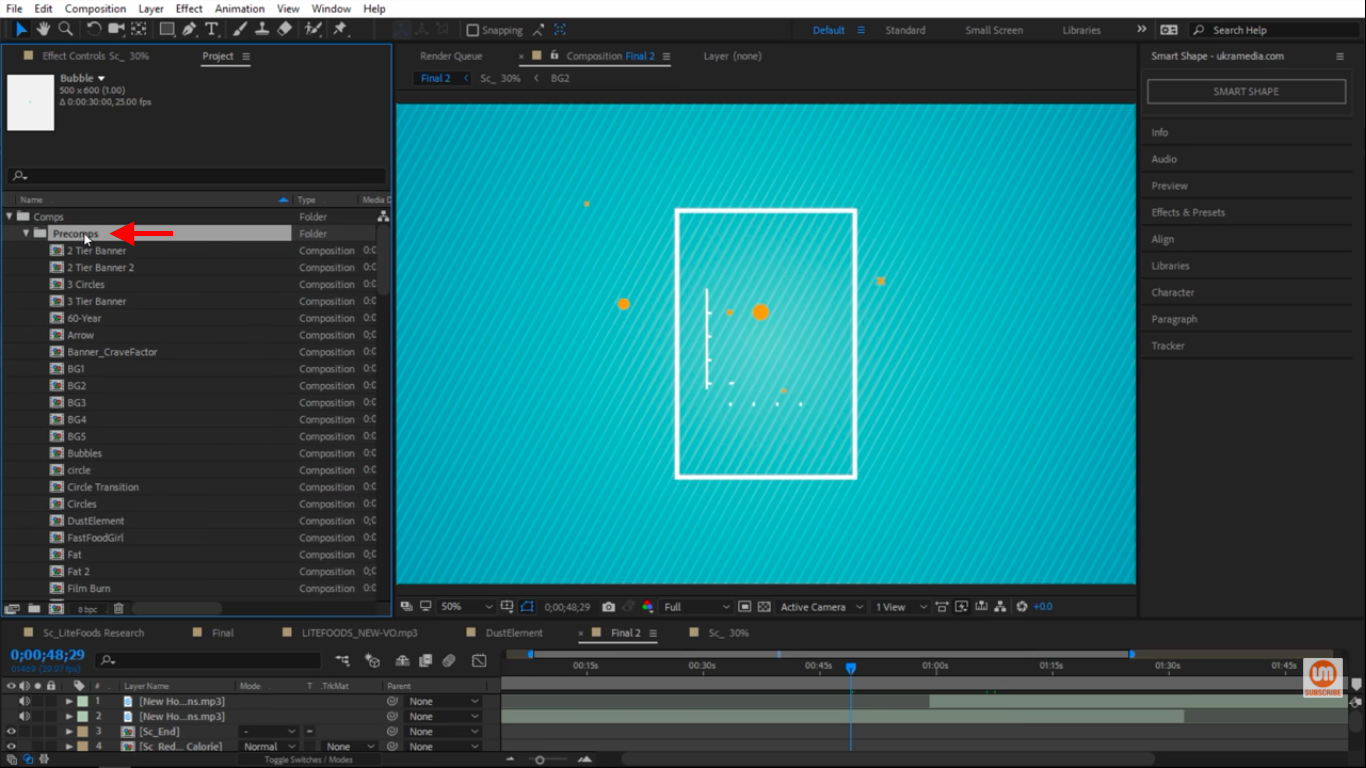 I still have a lot of floating comps in the Comp folder, but it is much easier to figure things out at this point.

Next, we have our Footage folder. 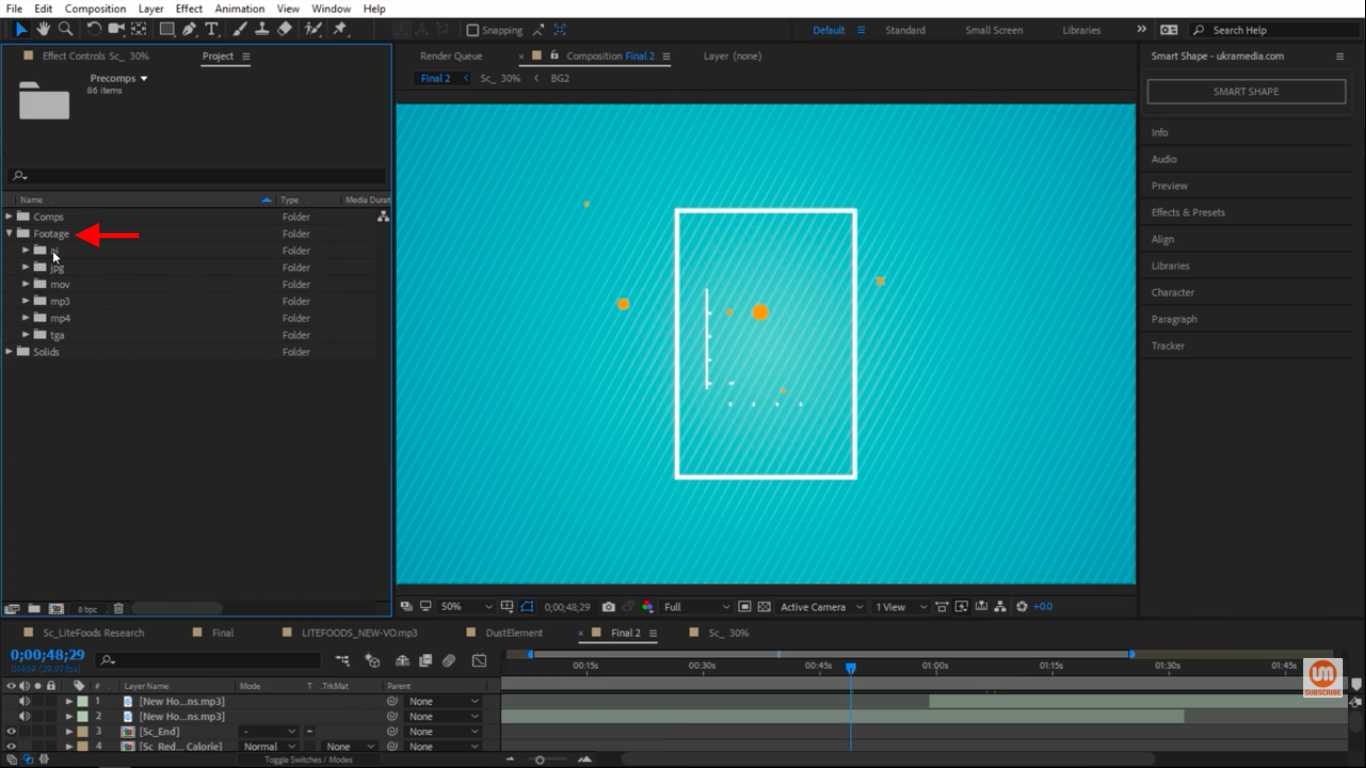 The Footage folder is organized based on file extensions, so we have Illustrator files. 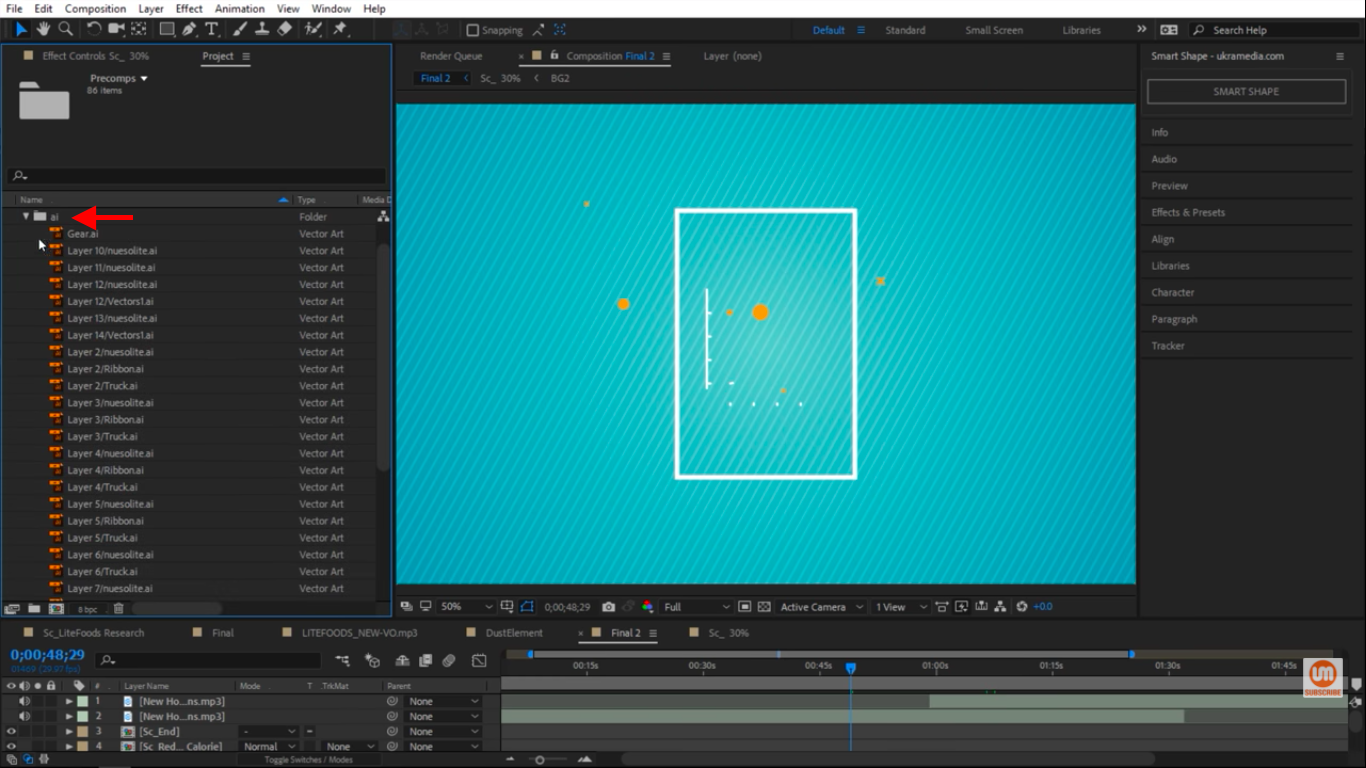 We have JPEG files 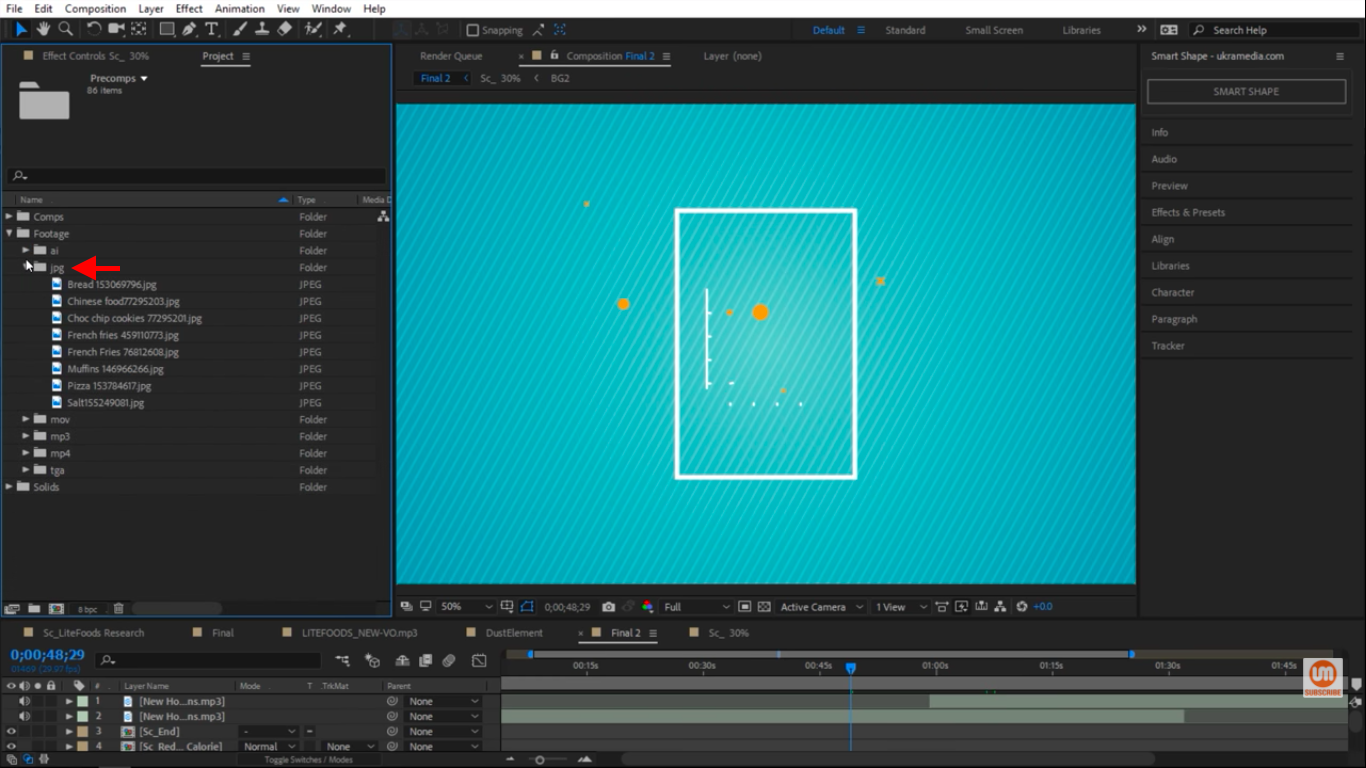 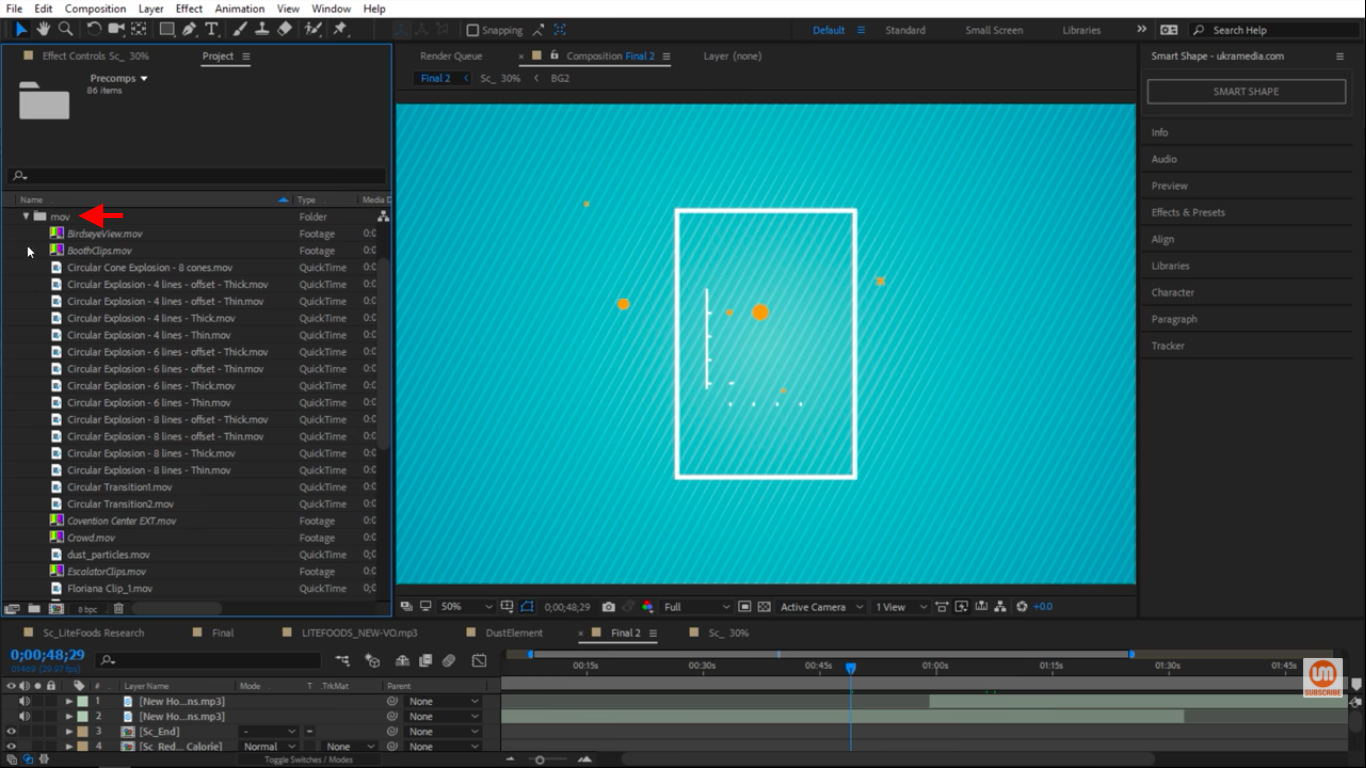 We have some MP3s and so on. 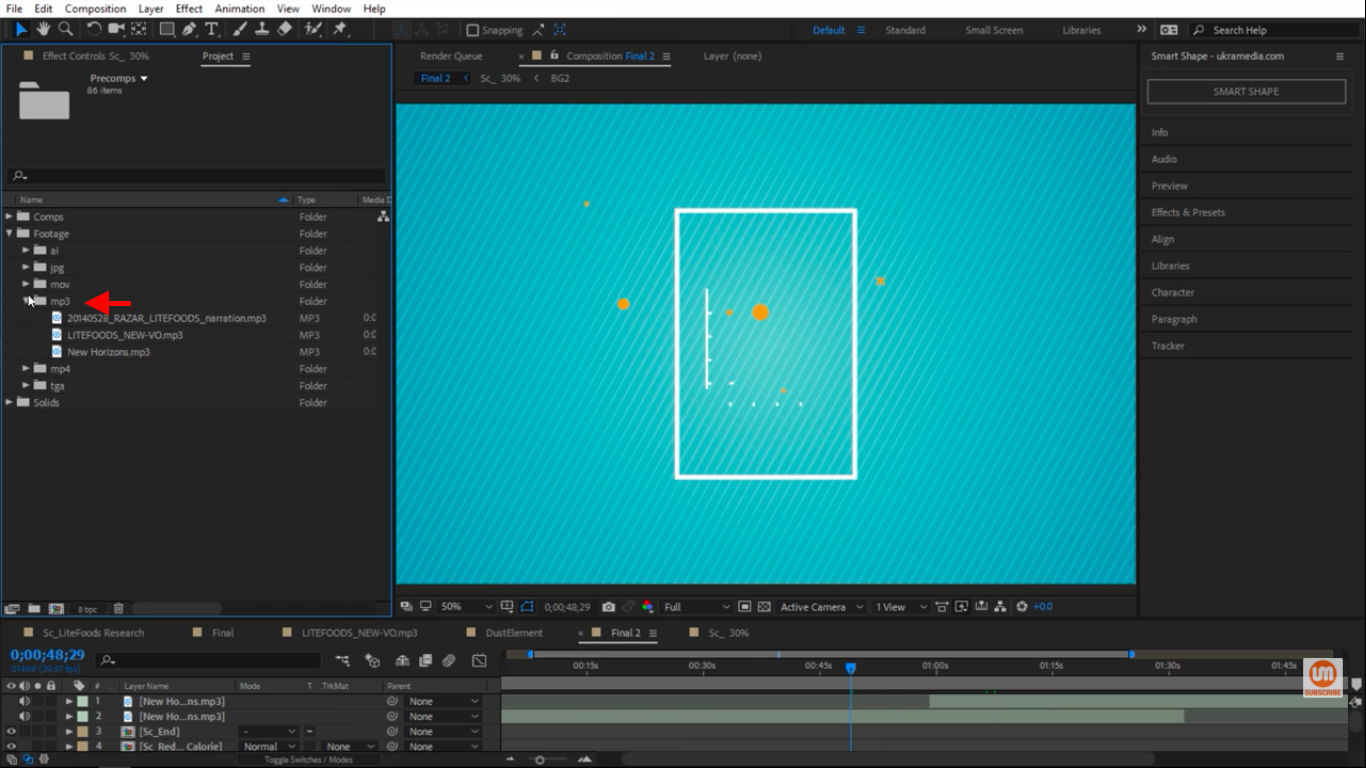 The final folder is Solids and it is pretty simple. 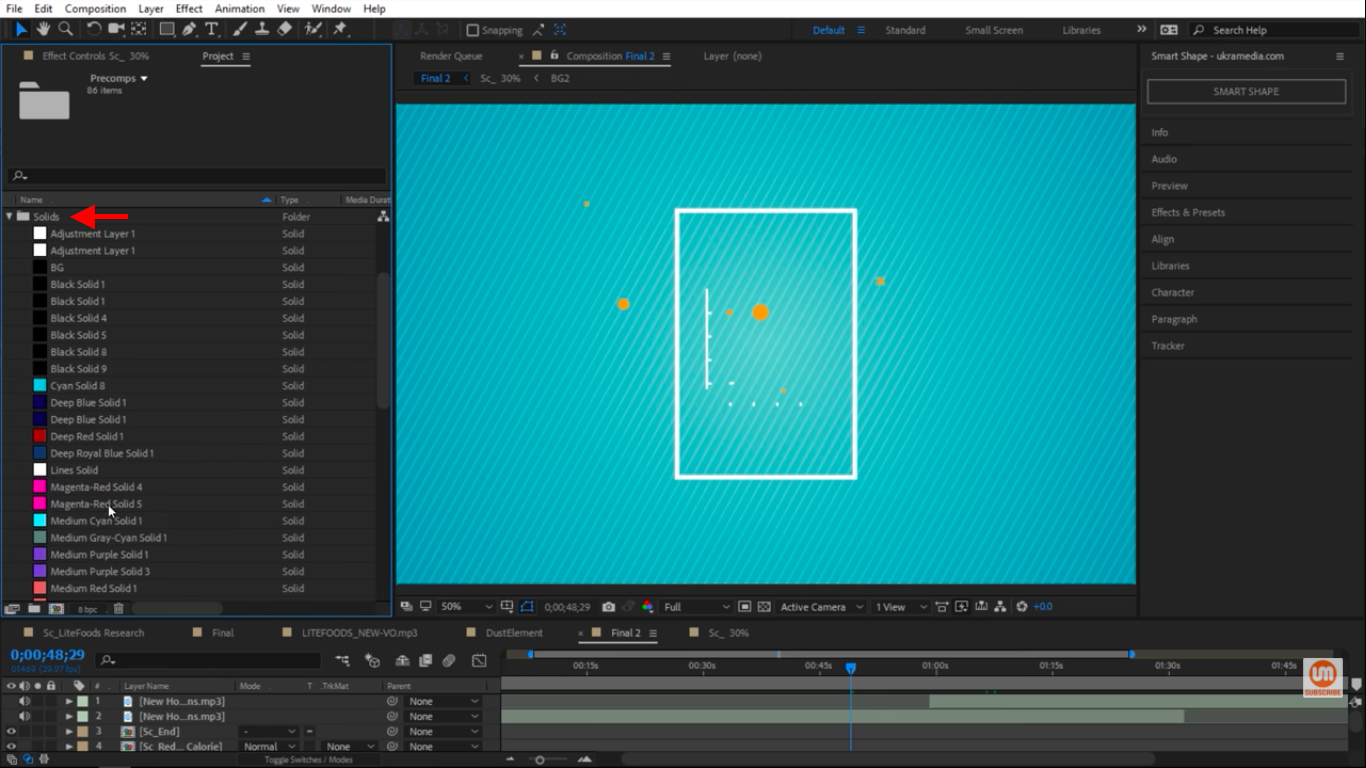 It is a simple script but it is extremely useful. It will save you time. 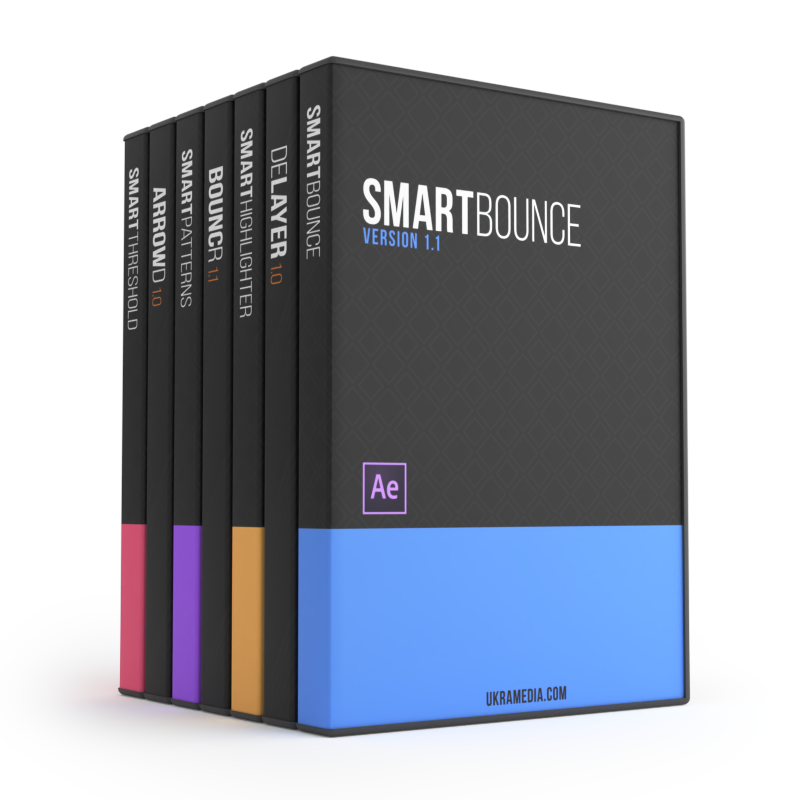